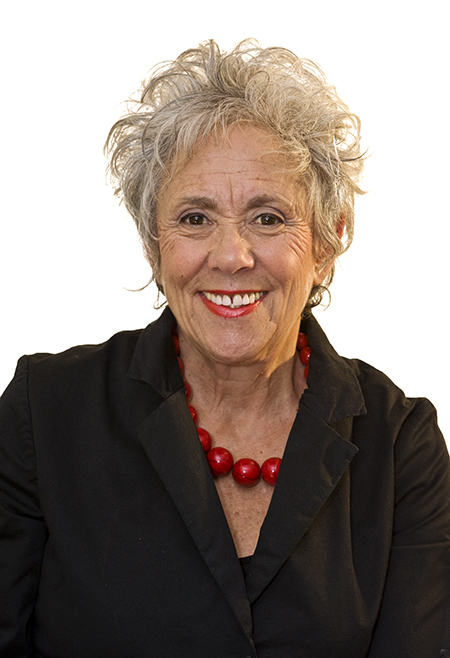 I believe that self-awareness is the key to becoming an authentic and powerful leader. The more you know about yourself, the more successful you can be at leading others. This has led me to a rewarding process of matching my inside story with my outside life story. Early on, I realized that I could view challenging moments as opportunities to become empowered rather than victimized. And so, adversity has been one of my greatest teachers. It has provided me with the chance to get to know myself.

The constant theme in my life has been the path of the artist. By consciously experiencing, working with, and expressing my inner and outer obstacles, I have been able to unleash my passion and use it to cultivate wholeness and creativity. My commitment to pursue the creative path guided me toward building confidence and authenticity.

True power isn’t what is listed on a resume. True power involves being true to oneself and accomplishing goals from a place of personal integrity and congruence. Finding my own voice and my own path has been essential in allowing me to thrive in my leadership work.
~Arina Isaacson

For the past 40 years, Arina Isaacson’s professional platform, passion and expertise has been to inspire seasoned and emerging leaders, worldwide, to find their authentic voice, inhabit their personal presence, craft and tell their leadership journey stories while demonstrating confidence and authority.  She consults internationally with senior leaders and management teams across the globe.

Arina is a professional faculty lecturer of Storytelling For Leadership at UC Berkeley Haas School of Business. She is senior faculty at the Berkeley Executive Coaching Institute (www.berkeleyeci.com). She has taught with UC Berkeley Center for Executive Education; Goldman School of Public Policy, UC Davis School of Management, Kellogg Graduate School of Management at Northwestern University, Olin School of Business at Washington University, and HKUST/ Hong Kong Business School. Arina is an executive coach specializing in storytelling for leaders and developing ‘leadership presence’. Arina travels the world consulting with diverse populations of top teams and leaders in industry, education and government. She received her MA degree in Education, Linguistics and Communication from New York University. 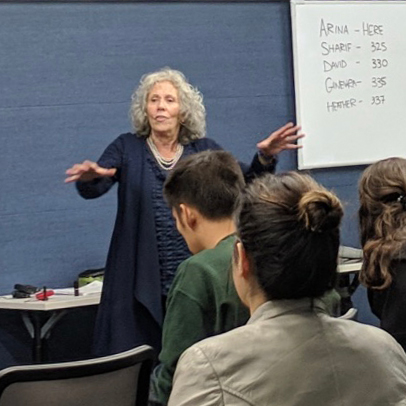 She is the principal of Arina inc, an executive coaching and consulting practice that specializes in developing authentic presence and creativity through communication, story and speaking coaching. She serves as an executive coach to seasoned senior executives, leaders, managers and entrepreneurs as well as emerging, aspiring young leaders. As a part of Arina’s coaching practice, she works with a select group of corporate and non-profit women leaders focused on accelerating women’s leadership roles from professional success to wide-ranging significance.

Arina creates an interactive  environment where she challenges, inspires and coaches participants to identify and transform their  communication weaknesses into communication strengths.  She is known for her intuitive, dynamic, ‘hands-on’ style of coaching and consulting.  She utilizes inclusive, lively, unorthodox, and experiential techniques to create learning experiences that are powerful and transformative.  As a result of her rich life experience, Arina is able to focus intensely on a very specific set of interpersonal leadership skills that allow people make authentic connections.

Arina is an internationally recognized director; improvisational actress; master puppeteer, and storyteller in the New Vaudeville and avant-garde theater movements in the United States, Europe, Middle East and Asia. She founded and was the longtime director of the San Francisco School of Clown and Improvisational Theater. She is a painter, a vision board collage artist, sculptor and creativity coach.